Diastema: Causes, Symptoms and Treatment Methods for Gaps Between Teeth 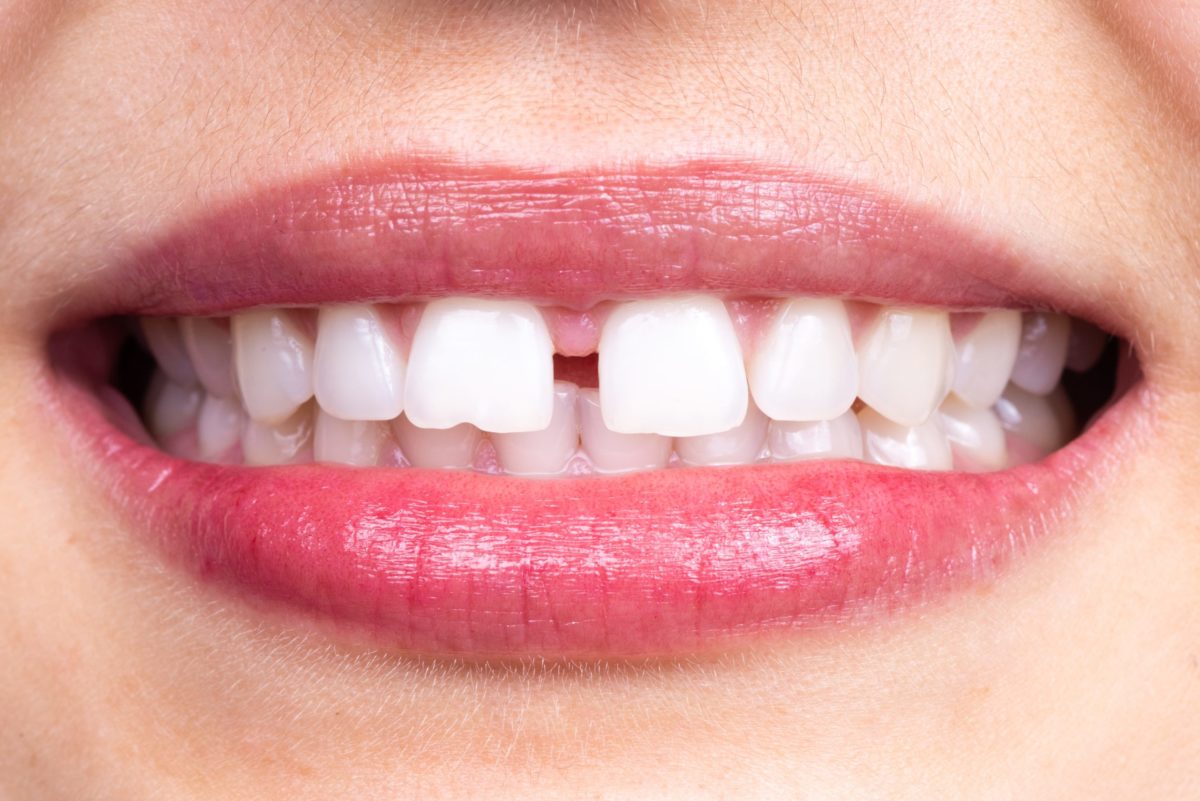 Diastema refers to teeth misalignment where there is a gap between two adjacent teeth. While these gaps can occur between any two sets of teeth, diastema typically refers to a gap between the front ones. This condition is also known as midline diastema. These gaps can be either small or quite visibly large and usually don’t affect oral health.

However, in many cases, diastema has proven to be a major symptom of gum disease. Both adults and children face diastema in different forms. In the case of children, the between teeth usually get closed once they age. However, in case the gaps widen further or stay the same even in adulthood, it is highly recommended to get in touch with your dentist.

Like several other teeth misalignment conditions, diastema sometimes occurs genetically. This condition runs from one generation to another and can also be sometimes caused by teeth not growing back, teeth that are too small, and irregular frenum size. A frenum is a series of tissues that connect our lips to gums and play a big role in the shape and size of the teeth.

Apart from these, diastema can also occur due to improper swallowing and childhood habits. If any of these acts involve pressing your teeth firmly against your teeth, they may drift apart causing diastema. Advanced gum diseases are also a major cause of diastema. Due to gum disease, our jawbones get eroded causing improper teeth alignment.

Wide gaps between teeth are the biggest sign of diastema in both children and adults. Apart from this common symptom, diastema can also be detected by swollen and tender gums, receding gums, bleeding, and bright red gums. Bad breath and loose teeth are other symptoms of diastema. Extreme pain in the teeth can also be a sign of diastema and any display of the above symptoms must be immediately brought to your dentist’s notice. Diastema can be diagnosed by routine teeth and gum inspection and no further tests are required.

Treatment for Diastema is optional in case of baby teeth falling out. However, if the tooth gap persists even in adulthood, it must be tended to and appropriate measures must be taken to bridge the gap between teeth. There are various treatment methods available for diastema and you may opt for any of them depending on the severity of the condition.

What are the Pros and Cons of Clear Aligners?

Diastema: Causes, Symptoms and Treatment Methods for Gaps Between Teeth

Buck Teeth: Causes, Symptoms and Treatments for an Overbite

Teeth Malocclusion: Learn about the Causes, Symptoms, and Treatment options

How Long Do Invisible Aligners Take to Work?

How Much Do Transparent Braces Cost in India?

Please fill in the details below to book an appointment.

Thank you for your details.
A Flash representative will reach out to you soon.